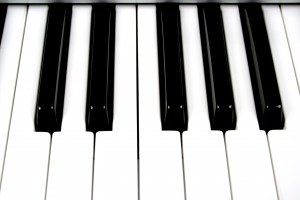 Part of the challenge within many churches that implement coaching for their staff is that they often don’t have the luxury of separating the coaching and the supervision functions. In many churches the supervisor is the one who is providing the coaching. That can be challenging, as it’s difficult for many staff people to confide their difficulties and challenges in the same person who is evaluating their job performance. Although that will always be an issue to some degree, it can be helped by creating a rhythm that separates the two roles.

The supervisor role is for hiring, defining the job role, deciding how the employee will be measured, evaluating progress, developing growth plans, holding people accountable for the results they’re supposed to be getting. You need a supervisor when you’re being called to account for what you’re doing. You don’t need those conversations all the time though. You could have a supervisory conversation twice a year, or at most quarterly.

In between those times– assuming the person has taken responsibility to get where they need to go– you can serve as a coach. During those times, you can help them celebrate wins, assess obstacles, and consider what they would like to focus on… while you come alongside to help them get where they want to go. During these coaching times, you don’t need to take responsibility for their job. If you do, they’re not actually needed. You likely have enough to think about with your own responsibilities.

A key to making this work is clearly laying out which conversations are which. For instance, they know they’ll have a supervisory session twice a year. In between they’ll have coaching conversations every other week. Establishing a clear and consistent natural rhythm is paramount.

<< Pastor to the Community: Discernment Where to start? >>