Pastor to the Community: Discernment 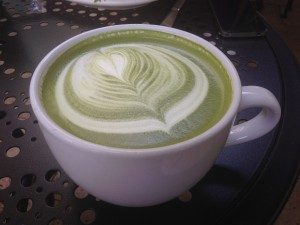 As I open the door and walk in I feel the cool air hit my face. It is 8:20am and it is already beginning to heat up in the Echo Park community in Los Angeles. But the air conditioning combined with the sepia colored lighting and the soft, mellow music, gives respite from the heat and space to wake up slowly. Could this be my next flock?

After walking in I realize I have entered through the exit door so I walk past the barrista, the cashier and three customers to the end of the line. Everything in the coffee shop is neat and tidy. The simplicity of the stainless steel tables, chairs and counter allow the artwork to “pop.” My attention to the decor is diverted when I realize it is my turn to order. I am excited about the oatmeal. I look past the “no guilt” oatmeal to the “old fashioned.” The difference between the two is whether or not you get the “cane sugar.” I like cane sugar. But then I notice that the oatmeal is in little pre-made containers that, once ordered, must be thrown into the microwave and served.

I quickly give up the vision of home-made oatmeal in a brightly colored fiestaware bowl and go for the cinnamon-raisin bagel instead. “A large latte also, please,” I tell the cashier. He is hip-casual. An artist’s hat, stubble from two or three days, and a hickey on his neck combine with a t-shirt, fitting a bit tightly over his slightly overweight belly to make his statement. I pay for my food with a $10 bill. He hands me my change being very careful not to actually touch my hand. I put the change in my pocket and choose a stainless steel table near the counter.

As I wait for my order I wonder if I had done something to make him think I was “unclean.”  But then I notice that they have vegan options for most everything. Gluten free options also abound. This community clearly has its own set of food laws. Not kosher, but something more post-modern. The offense wasn’t mine. It was a general distrust of germs. We are all, at some level, unclean.

A woman comes in with a dog in arm. “That looks like a Gremlin!” one of the artist/employees says. “I loved that movie,” the dog owner said. Then she added, feeling a bit unsure, “I will take him outside as soon as I finish ordering.”  The lack of response from the staff said everything.

My order is called by another server, also wearing an artist hat. “Randy?!” he says with both a question and a command. (Come and get it!   Are you here?)  This fit with his cheery disposition. As I pick up my order I see the barrista. She is clearly serious and diligent about her craft. She alone of the staff, didn’t have an artist’s hat. But perhaps it wasn’t necessary since her art was what brought everyone together. This place was about coffee. Really good coffee, if my latte had anything to say about it.

Everyone, staff or customer, seemed to be an artist of some kind. Most of the guys have just the same amount of stubble as the cashier. They wear old jeans or shorts. They wore old jeans or shorts. They had subdued shirts. The women wore shorts or long, simple dresses. No one was willing to sell any products with their clothing. And they all seemed quite tech savvy if their devotion to their laptops were any sign. Some of them wore headphones which functioned as a “Do not bother me, artist at work” sign.

I overheard two of them talking about what they enjoy in life, “Coffee and good tunes…” one of them said. “And keep your head down?” ask the other. They both laughed. A moment later one of them said, “I don’t consciously try to recall anything. It all just goes by.”  “I hear ya,” said the other as he left to find a table, which told me that he really had no clue what the first guy was saying. “How’s it going,” another guy said to another 20 something who just walked into the shop. They gave each other a stiff “guy hug.”  They were almost all white, all thin, and even those guys who were in shape did not have any muscle tone on their arms. (“A gun free zone”?)  Everyone seemed very nice and very friendly.

Could this be a place where God is pursuing the 100th sheep? I see hints of the wounds, the anger, the emotional walls, which could find a salve in the good news of Jesus Christ. Could this be my next community of faith? I see hints of the potential riches of gift, passion, and personality hidden among these people which the gospel could guide, strengthen and amplify. Could this network of relationships be turned toward Christ? I would be excited about it if it is. I could lay down my life for these people.

Suddenly, a 40 something hispanic woman cries out in pain as a bar stool falls over. Her African-American child had knocked it over into her leg. “Are you okay?” the cashier says. “Yes,” she says though that clearly isn’t true. There is an awkward feeling in the air as she rubs her leg to try to make it feel better.

<< The Final Step of Redevelopment Creating a supervision/coaching rhythm >>