Is your ministry a dead GPS device? 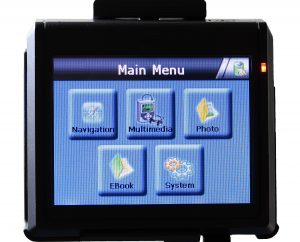 “An organization which just perpetuates today’s level of vision, excellence, and accomplishment has lost the capacity to adapt. And since the one and only thing certain in human affairs is change, it will not be capable of survival in a changed tomorrow.” — Peter Drucker

Ministry organizations or churches that are doing something really well can inadvertently be sowing the seeds of their own destruction– unless they have a plan to grow beyond that.

Consider the portable GPS industry: they had a great idea, but with the advent of smart phones they realized their technology was quickly becoming obsolete. So what did they do? They started designing and marketing navigation apps for smart phones. (See the source article here in Wired Magazine.)

Unless you have a process to continually look out the window to reflect on what’s working and what’s not working, you’ll be unable to adapt to changing circumstances. In fact, the more successful a ministry, the less likely you are to change. You traditionalize what you’re doing. Eventually it will become irrelevant.

I’m not talking about change for change’s sake, but if you’re not taking the time to improve, look for new opportunities and new needs, you might get stuck. Just think of the past ministry programs of the glory years of whatever organization you’re a part of. Many of these were successful in their heyday, but are still being perpetuated even when they’re no longer viable. When did that decline begin? When they stopped monitoring what was going on outside of them and stopped changing.

<< Where are tomorrow’s leaders of your church? Above average. >>