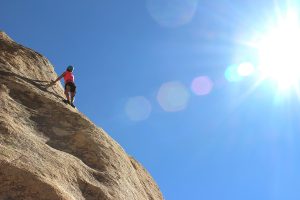 “A leader’s focus on contribution by itself is a powerful force in developing people. People adjust to the level of the demands made on them. The leader who sets his/her sights on contribution, raises the sights and standards of everyone with whom he/she works.”  — Peter Drucker

If you are focusing your own sights on what you need to contribute as a leader, you will ask the same question of your people. They will learn to expect what type of contribution they are to make. When people on a team are asking each other, “What do you need from me for you to be able to make your contribution?” and telling each other, “This is what I need from you so I can make my contribution,” you have the basis of a very productive– and “above average”– team.

<< Is your ministry a dead GPS device? Mission of God Study Bible released >>