What does it take to say you are finished? 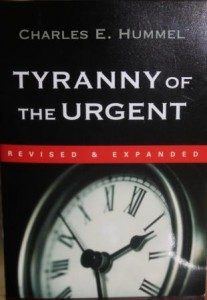 Tyranny of the Urgent, the classic booklet by Charles Hummel, begins with the premise that we have overloaded ourselves with too much to do. Our lives resemble over-packed suitcases bursting at the seams.

If you contrast that way of living with how Jesus lived, the difference is stark. No one was in more demand than Jesus. Someone who can heal will be constantly followed, mobbed, and bombarded with requests. (You think you’ve got problems!).

Yet at the end of Jesus’ earthly life, he makes an astonishing statement. Just before he goes to the cross, Jesus prays to the Father, “I have accomplished the work you sent me to do” (John 17:4). How could he say that while there were still so many he hadn’t healed, so many still possessed by demons, so many who hadn’t yet come into relationship with him.  From a human perspective, there was more left undone than accomplished.  And yet Jesus was finished.

The secret was found in Mark 1:35:  Jesus got up early in the morning and prayed and met with the Father. The sense of priorities and calling and direction he received for that day, flowing out of his time with the Father, allowed him to move with calmness and purpose as he proceeded into whatever interruptions would come his way. Some of those interruptions were divine appointments, like the bleeding woman who touched him on his robe when he was on his way somewhere else. He was able to discern that this was something he needed to attend to.  Other times the distractions needed to be ignored.

It’s a sorting process. When you set out with a clear idea of your priorities– not everything that you could do, but what God has actually called you to do– you can then evaluate things that come up in light of those priorities. That grid will help you tell the difference between divine appointments and distractions.

So as we start the New Year, recognize that effectiveness is not just a function of how many things you can load on to your to-do list and crank out, but how can you live a life flowing out of abiding in Christ so you can walk forward in peace, open to what God is up to. If you want someone to come alongside of you and help you in that journey toward greater fruitfulness, I’m here. Let’s talk.

Tyranny of the Urgent 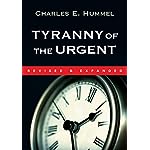 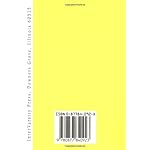 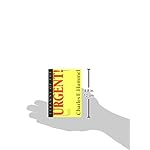