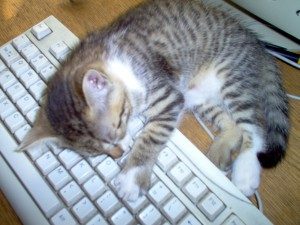 I’ve been doing quite a bit of coaching recently with people who are forming virtual teams– teams that don’t normally gather locally but rather work together from remote locations. One of the things I’ve learned is that virtual teams work best if you have an initial face-to-face meeting– some type of gathering to build trust and get to know one another. After that is done, the team can often work together and function quite well.

This point was made in a book I highlighted on this blog a while back called Virtual Team Success, and it has held true in my own experience as well. I’ve seen it both ways. It’s much harder for the team to get where they’re going without some type of initial bonding experience. Yet when I’ve coached people along those lines and they’ve had an initial gathering at the beginning, the team has functioned really well.

With virtual teams that are already started, I recommend gathering later and it does help, but teams that meet together at the very beginning are able to get to work more quickly. Otherwise it takes a number of months to get the same amount of traction. The initial expense is worth it because of the fruitfulness that it produces. Sometimes when we are trying to save money, it’s more costly in the end in terms of effectiveness.

<< Well-intentioned Dragons What does it take to say you are finished? >>