Reflections of the image of God 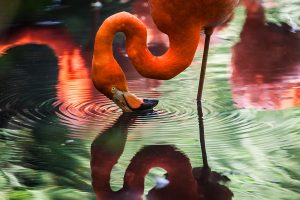 I just finished reading a biography of Steve Jobs. The basic summary? He was clearly a genius and clearly a jerk. He had a binary view of the world: something was either wonderful or it was garbage (not the actual words he used). What a contrast.

On the one hand, we see a phenomenal intersection of art and engineering design that has produced great products. He even had what people called his “reality distortion field.” When told something was impossible, he wouldn’t accept it and would challenge people to find a way to make it happen. Steve Jobs could see beyond what was there into the vision of what could be. The union of art and design, function and simplicity is a reflection of God himself. We see that same union in creation.

Yet on the other hand, we see insensitive treatment of people, arrogance, and incivility. We see perfectionism run amok. He could argue about colors or the location of a period for months, berating people as he went.

What strikes me is that even in someone who is not the epitome of Christlikeness, you can see the incredible image of God. That’s true of all of us. Shortly before he died, Steve Jobs said he figured it was a 50/50 shot whether there was a God. Maybe there was ongoing consciousness. Maybe there was just an on/off switch. “Maybe that’s why I never liked putting on/off switches on Apple products,” he observed.