People are committed to what they help develop 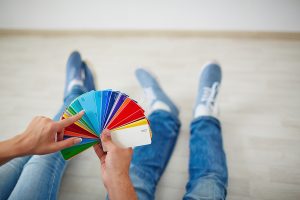 If you want people to be able to buy in and embrace the change you’re trying to bring, it’s very important to engage them in the process of the discussion. Whatever people are not aware of, they’re usually down on.

If the first time they hear about something is at the meeting where a final decision is made– or worse, when the final decision is announced– their instinctive reaction is to be against it. The subtext they’re hearing is that they weren’t respected enough to be included in the decision-making dialogue.

On the other hand, if a person had been included, if you had said, “We’re thinking about this. What are the questions we ought to be asking or the factors we need to consider?” then that person would feel they had a chance to share their input before the decision was made. It may seem a small distinction, but it makes all the difference in the world.

In the latter case, when the plan is announced, those who were included in the dialogue feel that they knew about it beforehand and they can often see the impact of their own concerns or questions reflected in the overall plan. They might not like everything, but they’re more likely to think, “I can see how they came to that conclusion, and I can see the impact my input had.”

People are committed to what they help develop. Therefore, it’s almost always a sound principle to engage people in the decision-making conversation. You may not even get their approval, just their involvement. For example, in a church where the elders make the decisions, you can still have meetings with people in focus groups to pray and gather input, then bring that input to the elders so they can consider it. Doing that creates an environment of being heard and feeling listened to. And there’s a much greater chance of ownership.

<< The price of change The meeting before the meeting >>