The price of change 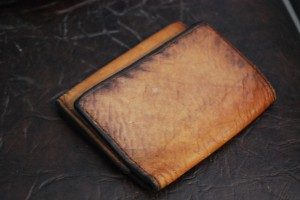 One thing I’ve observed is that lots of people say they want to change or they want to see something changed. But too frequently they aren’t willing to pay the price.

So I often ask, “How committed are you?” or “Are you willing to pay the price?” People will usually ask what I mean by that, so I explain, “What would you stop doing in order to free up time and energy to focus on this? What are some of the other prices that might have to be paid?” Other prices might include things like working long and hard, facing rejection, fighting through discouragement, and not getting quick results. You might be the one person who doesn’t seem to be moving forward in the early stages. Are you willing to push through that?

When something is worth changing, you need to really count the cost before you start building the tower. If you want to run in a marathon, you have to go through a disciplined process of training, which means you’re not going to be doing some other things that you might normally do. You will need to carve out time to train. You’ll need to be more careful in your diet. You’ll need to invest in a pair of good running shoes.

Some pastors want their church to grow. But they’re not willing to have people in their church that they’re not able to personally pastor. Growing means you may not be able to personally deliver pastoral care to everyone. That’s one of the prices that would need to be paid. They still need to make sure everyone gets pastoral care, but it may not be directly from them.

As you work with people in your coaching, you have to help people take seriously the price that needs to be paid. So often people want change, but they want it to be easy. A coach needs to help them determine if they really want the change– and if they want it badly enough to be willing to pay the price.

<< Foreign tissue rejection People are committed to what they help develop >>