Opening the door to organic change 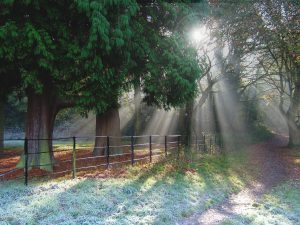 For groups that want to build in coaching throughout their ministry, the initial thinking usually organizational. Who needs to approve it? How will we structure it? Whose permission do we need? How will we run the trainings?

That can work well if you’re able to get widespread buy-in from people throughout the organization. But that kind of whole-hearted buy-in is far from a given. Inside just about every organization, there are some people who have been there forever. They’ve been doing the same thing in the same way for a long time and aren’t motivated to change.  In those cases, simply assigning people coaches won’t really work.

The other error people make is that they want to start with a top-down strategy: Let’s start with the elders. They want to do it off the org chart. But those people are often overloaded already and most of them won’t be able to give the necessary commitment and focus. They’re just too busy trying to keep up with everything else and don’t have the time to invest in coaching in a way that they can do it fruitfully and productively.

However, there are some great options that don’t require starting with organizational buy-in. An organic approach allows you to work around those who don’t want to change and without those who are already overcommitted.

The essential starting point is getting coaching yourself.  As Robert E. Quinn puts it in his stellar book Deep Change, “Personal change precedes and produces corporate change.” Unless you yourself are being coached, you’re not going to get others within your organization to value coaching. In fact, you’re demonstrating that you don’t need coaching, while saying that your people do. What does that communicate?

<< A diagram for change How organic change leads to organizational change >>