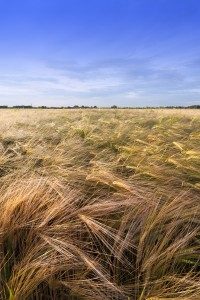 So we know from yesterday’s blog entry that trying to institute coaching from the top down most often doesn’t work. Implementation is spotty. You have some key people who won’t participate. Leaders don’t model the behavior. Quality suffers. People start saying that coaching doesn’t work and you have negative stories starting to circulate that serve to derail your efforts.

So start with yourself. If you’re getting coaching and sharing the benefits of how it’s helped you, you’re now in a position to start coaching others. You need to experience the change that you want to replicate. Any leader who really wants coaching to become widespread needs to engage in it personally first.

Next, start coaching others. Who can you strategically coach? Think through the following:

By thinking through those questions, you’ve likely generated a long list of potential people. Now look at that list and pray over it. Which of these people, if they really caught the value of coaching and experienced it personally, would be great ambassadors to share with others the benefit coaching has had for them?

These first coaching relationships plant the seeds of wholesale change throughout the organization. The change begins with the stories spreading about how coaching is helpful to people. It doesn’t start with those who don’t want to change and are resistant. Those who are most entrenched in the old culture will resist the most. So start where coaching would make a difference. Then ask, “Who else?” From there a movement starts to develop.

Slowly the organization tips toward a higher percentage of people who are now being coached and coaching. Others begin saying, “How can I get in on this?” Demand begins to exceed capacity for coaching. At this point, you’re now ready to begin formalizing the change that is already present.

<< Opening the door to organic change Formalizing coaching across an organization >>