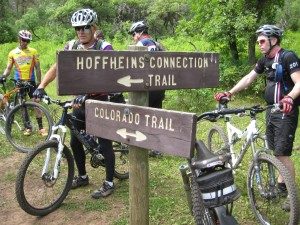 It used to make me so angry when– after I’d spent hours helping someone process whether or not they wanted to embark on a particular journey– they’d show up at the orientation only to say, “Now where is it exactly that we’re going again?”

Outwardly I’d keep my cool, of course. The family I grew up in has a long-standing custom of hiding anger. But inwardly, I’d be thinking, “You idiot! We already talked about this. Where were you during our hours of conversation on this topic?” I wouldn’t give voice to those thoughts, but it would really tick me off.

After a while I came to realize that when someone is considering whether they want to embark on a journey, they’re listening with different ears than they will listen with once they’ve decided to embark on it. That realization plays into my path analogy, fleshed out in From Followers to Leaders, that shows people engaging in two rounds of decision-making.

When you’re in the parking lot helping people process whether they want to go or not, they’re not so much talking with you as they are wrestling with God and counting the cost. They’re asking God, “How will this impact my life?” “Is this something you want me to do?” “I’m not sure if I’m willing to do this.”

After they have wrestled with God and have decided to move forward, they come willingly to the trailhead. But they really have no idea yet what’s involved. Now when they ask their questions, they’re listening with different ears because this is something they’re actually planning to do.

So I don’t get discouraged or angry anymore when this happens. None of that conversation in the parking lot was wasted. They still needed all of that processing to decide whether to move forward. While they were processing all their motivations, they couldn’t hear all the details. Now at the trailhead, I recognize that they’re ready to listen with different ears.

<< Do you want to get well? New book on bi-vocational ministry: BiVo by Hugh Halter >>