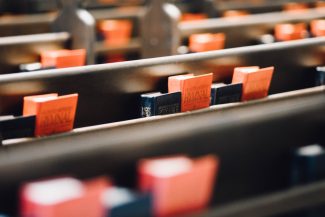 I’ve been coaching the new pastor of an old church. He’s very sharp and knows what needs to be done to bring about renewal and positive change. The question is not about the “what” but the “how,” and that’s what we’ve been working on. One thing he’s been doing is really loving the people, hearing their stories, and listening to the things that they’ve always wanted but have never really gotten traction on.

In many cases, those can be simple things like getting air conditioning or replacing the carpet. They also had a concern about shut-ins in their congregation not being able to take communion. This pastor helped the leaders organize a team to get those people connected once a month. He also facilitated getting the carpeting in. Sometimes if what people want is something simple, you can just help them do it.  Listen to the people, find out what’s on their heart, and organize to get something done and move forward in those areas.

The identified projects may not be the most important things to focus on, but making progress can change the spirit around the place. People begin believing things might be different, that positive things can happen. They see the new pastor as listening to their concerns, which builds trust and shows respect for them.

Not coming in with your own agenda, but loving the people and listening to them to figure out where there’s already support for change builds credibility. If you as a new leader do this consistently over time, you build trust and people may be more open to hearing your ideas in the future. Too often, we go in with guns blazing, telling people everything that must change. And almost always, that approach backfires.

<< 7 Most Important Questions when Leading Change Listening to build trust >>