How to lead a new initiative across an existing system 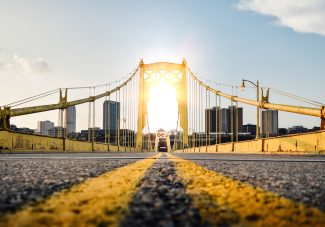 Do you want to do something big across a network of churches or ministries? Leading change across an already established system can be challenging. That’s true no matter how beneficial what you’re offering may be. So how can you best implement something new across an existing system? Here are some essential strategies:

Make it an opt-in: Don’t try to implement it across the board. The groups that aren’t committed either won’t do it or will partially comply and drag everyone else down. Instead, run it as a pilot project just for those churches or groups that are willing and interested. As the pilot project continues and begins gaining traction and getting results, others may want to join. At that point, they can opt-in if they are willing to make a commitment. In the meantime, only focus your energy on churches that are actively choosing to be a part of your initiative and want to change.

Know the intended outcome: To be successful in any endeavor, you have to know what the intended outcome is. If destination is clear, you can keep refocusing on that destination as you go, tracking progress and figuring out what the next steps need to be. A network of groups or churches that is formed with specific outcomes in mind has a way to hold each other accountable and move forward well. So draw up your own covenant, being clear about how you are we going to measure what success looks like. If you make the goals clear, you can use any gatherings and coaching to move toward those desired ends.

Set it up like you would a team: For leading change, use the guiding metaphor of a team. All students who are enrolled at a particular school are part of the student body by default. But only those who choose to become a part of the track team become team members. They are making extra commitments for practices and games. The same is true of the theatre troupe. Members have actively chosen to become a part of it and have committed to extra rehearsals and performances above and beyond their basic duties as a student. Teams are voluntary extracurriculars; they are above-and-beyond activities for the committed. The language includes commitments, goals, and accountability. If team members don’t honor their commitments, they get kicked off the team. By contrast, it’s much more difficult to get kicked out of school entirely.

Include accountability: When you are leading change, build in times of reporting and supervision. Create natural points where everyone reports on progress: “Here’s what we got accomplished. Here’s what we’re working on. Here are the challenges we’re currently facing.” This type of accountability allows you to coach, cheer on, and encourage one another. Each group moves forward on their own, but they let the others know what they’re committing to and what results they’re aiming for. Sometimes thinking in trimesters can be helpful for church groups: set a clear goal for the fall trimester and report back in on how it went. Then go on to set a new goal for the season between Christmas and Easter, and so on. Sharing progress with each other allows for accountability.

Allow participants to set their own agenda: Once each church or group has clarity about where God wants them to go, they then have the freedom to set their own agenda on how to get there. This kind of engagement allows for personal ownership: it’s their agenda because they know where they’re trying to go. You can then have strategic conversations with each group to help them address the obstacles they’re facing. How can they get unstuck? How can they use the resources at their disposal to get where they want to go? In this way you can create a coaching environment that is based on their own agenda, not yours.

Give them a template. Everyone needs a basic template to work from. If you’re going to sew a dress from scratch, you are likely going to begin with a dress pattern—no matter how creative you plan to get in your adaptations along the way. In worship, we call this pattern a liturgy—a call to worship, confession of faith, receiving of forgiveness, offering of gifts, etc. So what patterns or templates can you give people for engaging change? Say the key leaders of each church are meeting together. What will they do? What questions will they address each time? What action steps will they commit to each time? The idea is to provide a bit of structure—not enough to be restrictive, but enough to give people a sense of direction and put a rhythm in place so people know what to expect.

Make it cost something:  What costs little is valued little. The churches that are opting to be a part of your initiative need to invest something. You can subsidize it, but don’t make it free. For instance, let’s say a denomination is leading a change initiative. They may opt to cover books and space for a big gathering, possibly some training. But coaching is the main expense and the part most essential to keeping the initiative moving forward. So have the churches cover the cost of the coaching. That way, if subsidies disappear for whatever reason, they have a fighting chance of keeping moving toward their goals. This is what makes the change sustainable. Each church or group needs to have some skin in the game so they aren’t just receiving a handout from above, but are truly invested.

Although this blog entry was written with a movement of a group of churches in mind, the same principles apply to change within one local church. For instance, don’t automatically enroll everyone in the new discipleship program—let those who are interested opt in. In this way you can build something new alongside what is existing so people are able to begin seeing the change and deciding to opt in.

<< Disasters large and small 7 Most Important Questions when Leading Change >>