Increasing the span of care

Note: This blog entry is an excerpt from the first draft of The Leadership Difference, which I expect to publish later this year. 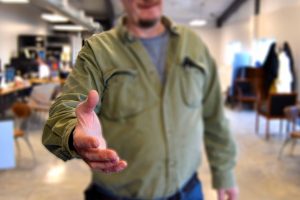 As your organization grows, you’ll see an increased need for structure. What just seemed to work organically before no longer works without some planning. As the senior leader, you’ll increasingly need to work on the ministry rather than in it. In most cases that means getting some perspective and distance from the direct work itself.

However, one of the most common problems in a church environment is the widespread perception that the pastor is directly in charge of everything. I ran into this barrier as a senior pastor and had to be quite intentional about ridding myself of those expectations.

When I realized I was doing too much myself, I put a new structure in place with other overseers in charge of various ministry areas. The idea was to reorganize and reduce the span of care. But I found that people were still calling me whenever they wanted to know something. My phone was ringing all the time.  (Now the issue would probably be an overflowing email inbox, but this was pre-internet.)

Obviously, something additional needed to be done. So I decided to stop answering any questions that were not my direct responsibility. When people called to ask what time the prayer meeting was, I’d say, “So-and-so is now in charge of that. They can get you the information you need.” After about six months, the phone stopped ringing and word got around the church that Logan doesn’t know anything.

This rumor was verified one Easter Sunday when a new person came up to me in the lobby. She asked me where the Easter egg hunt was. I honestly didn’t know we were having an Easter egg hunt, so I told her I didn’t know. She laughed and said, “I asked Kim where it was and she didn’t know. So I told her ‘I’ll just ask the pastor.’ She said, ‘Oh no, don’t do that. He doesn’t know anything.’” Apparently Kim was right.

By limiting what I was directly responsible for, I was able to focus on what I was supposed to be doing and on the new leaders I needed to be investing in. Too often pastors short-circuit the process by taking on more responsibility than we need to. We keep burdening ourselves, and at the same time disempowering our people. The key is increasing the span of care and releasing more responsibility and authority to others.