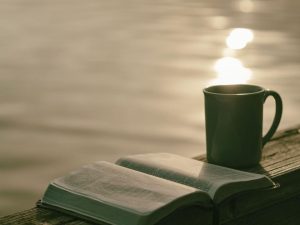 If you could be like any person in the Bible, who would it be? (I’ll let you opt out of the martyrdom part because so many biblical characters met painful ends.) My favorite biblical role model has always been Barnabas. He’s not a spotlight kind of guy, but he made a huge difference behind the scenes.

He is introduced early in the book of Acts with a description of how he got his nickname: “Joseph, a Levite from Cyprus, whom the apostles called Barnabas (which means ‘son of encouragement’), sold a field he owned and brought the money and put it at the apostles’ feet” (Acts 4:36-37). Later in Acts he is described this way: “Barnabas preached the gospel, brought people to the Lord, and earned his reputation as ‘good man, full of the Holy Spirit and strong in faith’” (Acts 11:24). If I can be described like that at my funeral sometime, I’ll die a happy man.

So if that’s my goal, what should I be doing? What behaviors of Barnabas should I be emulating? When I look to the scriptures, I see three significant roles Barnabas played: encourager, empowerer, restorer.

Encourager. Barnabas must have engaged in this behavior quite regularly for it to become an actual nickname. He is never referenced as Joseph (his given name) in the whole rest of the Bible… always Barnabas, son of encouragement. He came alongside other leaders—most notably Paul—and cheered them on, expressed belief in them, encouraged their next steps, and affirmed and supported them. We always see Barnabas working alongside others in a supportive and collaborative role.

Empowerer. Barnabas spend much of his ministry empowering others. He spotted talent and potential. He sponsored in people with leadership gifts. He teamed together with them, providing opportunities for their development. He sponsored Paul into the community of the apostles when no one else trusted him. He worked with Paul over many years and during the course of that time they went from being known as “Barnabas and Paul” to “Paul and Barnabas.” This was a man not afraid of or threatened by letting others take the lead as they became ready. Barnabas was someone who, instead of taking center stage himself, empowered others.

Restorer. Finally, Barnabas had that rare and powerful quality of believing in people and seeing their potential even when others would not. He broke with Paul when they argued over John Mark, who had deserted them on a previous mission. Barnabas wanted to give John Mark a second chance, but Paul did not. So they parted ways, each with a different team member. In time, John Mark was restored and proved himself useful in the ministry, even to Paul (2 Timothy 4:11). Barnabas was a man who lived out grace, forgiveness, second chances, and restoration.

This is who I want to be. Think through who you want to be and why. It’s worth taking some time for reflection.

<< Pastoral ego in leadership Increasing the span of care >>