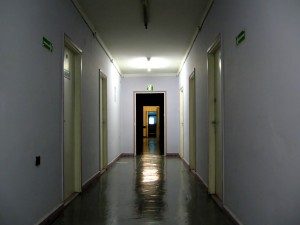 A while back I read an old classic article in the Harvard Business Review that used a brilliant phrase: “running down the corridors of comparative indifference.” That’s a preferred way to lead change. Instead of trying to make big changes in obvious places– which usually require a lot of permissions– look for the places you won’t get much resistance. Those are the areas where people aren’t going to fight you because they don’t see the importance.

Instead of asking official permission, just gather some people and start doing something in a place that’s more off the beaten path. Don’t start a program– just try some things out. Fly under the radar until you’re getting results. Eventually, success speaks for itself and people will take notice. They will recognize the positive change and decide God must be in this.

Even though it was written quite a while ago, the article still gives a very accurate picture of how leaders actually bring about change. It’s not as formal and structured as you may think. It’s a good read. I’m only pulling out one little segment– the full article covers much more.

<< The core question: Willing to change The intuitive solution >>