A disciplined approach to capturing insights 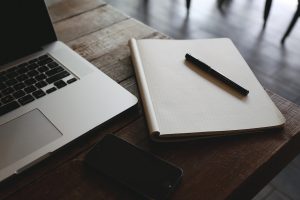 I used to carry with me a notebook that included a page I called my “action idea list.” Any thought I had that I wanted to retain, I’d flip to that page and write it down. (I’ve heard some novelists use the same strategy to take down plot points and new ideas that come to them when they’re not expecting it.) The memo page on a smartphone can serve the same function.

If we have some method that allows us to capture in the moment some of the insights we have, we can sort them out later. Some might be from the Lord. Some might be promptings or ideas. Some might just be crazy thoughts or indigestion. But when we can review it later, we can decide then. I often make a practice of looking at my list of captured insights during my scheduled planning times. Sometimes they play into the planning and sometimes not.

But when we have a strategy to write down our thoughts on the spot and reflect on them later, we have another potential source of wisdom and insight. And who doesn’t need that?