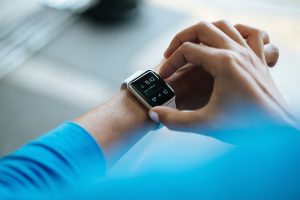 Even Jesus got interrupted sometimes. He was on his way to Jerusalem when a crowd slowed him down and a woman touched the hem of his robe. At that point, he had a decision to make. Would he press on to Jerusalem? Or was this a divine appointment?

In that case, Jesus stopped what he was doing and focused his attention on her. But that wasn’t always the right call. He didn’t heal everyone, and sometimes he did really need to press on to where he was going.

If we are listening to the Holy Spirit, sometimes we can sense what God is asking us to do. We may have set our appointments according to the best knowledge we had at the time, but sometimes we need to leave room for God to adjust those appointments.

Unless we have a plan in place and an open line to the Holy Spirit, we’re not in a good position to prayerfully discern what God may be saying to us. It can be hard to tell the difference on our own between a divine appointment and a distraction. Sometimes you’re the person God has assigned to this particular job that he has suddenly placed in your path. In other cases, that’s really not what you’re supposed to be doing right now.

How do you prayerfully discern the difference between divine appointments and distractions?