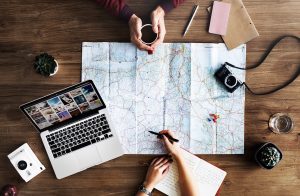 During this series of blog entries, we’re walking through the 8 characteristics highlighted in the Leadership Effectiveness Profile. These characteristics were found through observation and research in response to the question, “What makes an effective leader?”

Creative assimilation as a leadership skill means how well you creatively draw together disparate information to arrive at robust and clear decisions or courses of action.

Wise leaders throughout the Bible have assessed the situation, listened to people’s opinions, and weighed the evidence before rendering their decisions. They take various perspectives into account. This doesn’t necessarily mean being swayed by what everyone else thinks, but it does mean listening in order to come to an informed decision. The book of Proverbs repeatedly encourages us to seek wise counsel: Plans fail for lack of counsel, but with many advisers they succeed. (Prov. 15:22)

The original Apostles practiced creative assimilation in the early days of the church when they solved the problem of overlooked Jewish widows (Acts 6). They listened to the complaints of the people, considered their current situation and resources, and used a variety of input to create a plan built on consensus.

The opposite of this quality—a stubborn unwillingness to take evidence into account because you are already convinced you’re right—leads to ruin. Consider the way Pharaoh entrenched himself further into his position in spite of overwhelming evidence to the contrary. Beginning in Exodus 7, Moses asks Pharaoh to free the Israelites, he turns his staff into a snake, he brings down plague after plague, but Pharaoh continued to harden his heart.

Eventually after the death of the firstborn, even the Pharaoh’s own people resisted his judgment:  “The Egyptians urged the people to hurry and leave the country. “For otherwise,” they said, “we will all die!’”  (Ex. 12:33) They recognized they were in the hands of a poor leader.

Jesus states the wisdom of fully assessing a situation before deciding whether to pursue a particular course of action when he tells stories of planning in order to build a tower or go to war against another king.