Coaching networks across the land 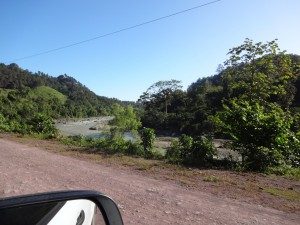 I ran across a great example of an opportunity where a semi-independent sodalic ministry could be established. Recently I was doing a consultation with a group that was focused on small town and rural church planting within a particular region. My encouragement was to focus on making disciples– because if we make disciples, churches happen. Instead of thinking, “How can I plant a whole church?” I encouraged them to ask where they could release 2-3 people to be incarnational missionaries.

If several existing churches in a region each released a few people in this way, then they could together set up a support structure for all of those incarnational missionaries that networks them together.  They could gather together for worship and support, using a simple church model so they could free up more time to focus on making disciples during the rest of the week. They may be working in different places during the week, but can provide emotional and relational support for one another when they come together. A coaching support network can help them do that even over geographical distances.

The group I was working with took this approach because it’s one of the only feasible ways to do it in a rural area, but I could see this approach working well in urban areas as well. Different neighborhoods within the same city could connect in a similar way to form a supportive coaching network for incarnational, missional living.

I highly recommend the establishment of a second structure — something along the lines of the network I’ve described here– that helps resource an outward focus. In this way, the people involved can engage in pilot projects that are more apostolic and sodalic in nature. These second structures are still connected with the churches, but are independent enough to maintain an outward focus. Many denominational leaders– even those who would like an outward focus– have a hard time leading their people in that direction because their paycheck comes from the existing churches. When you focus on the needs of the existing churches, the inevitable result over time is turning inward.

<< The power of sodalic structures Migration as an opportunity for extension >>