Migration as an opportunity for extension 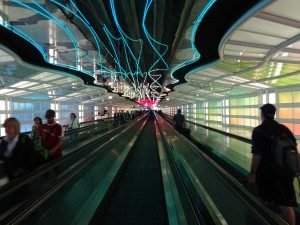 I recently met a guy who had been raised up as a convert in Honduras, became a pastor who multiplied so effectively that he became a regional leader in the multiplication movement in Honduras. Then he moved to Louisiana and has planted a Spanish-speaking church there and is engaged in multiplying churches in the US now.

In our house church network, we have a church out in Fontana. Someone from that church recently needed to move back to El Salvador. He viewed it as God’s sovereign calling for him to become a missionary to his home country. And now the work is extended.

There are a lot of people who live and minister in places with a high degree of mobility. Sometimes we bemoan the fact that 25% of our church will leave in any given year. That’s through no problem of the church, just a part of the culture. So those churches need to grow by the amount each year just to stay level.

What we need is a change in perspective. God is giving us the opportunity to extend his Kingdom all over the place. View your church as a disciple-making center… and a disciple-sending center. When someone moves on, they should be commissioned and continue the disciple-making process wherever they go. Whatever training you do should be done quickly and reproducibly so it allows for ongoing training as people move. As they continue to make disciples, sometimes new churches will also be planted.