“If you need it you can take it” 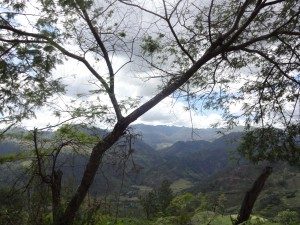 Those were the words of a woman none of us had ever met before, out in the middle of what I would consider nowhere.

We had traveled 5 hours by truck over rough, rocky roads and stream crossings in rural Honduras, going slowly through mountain switchbacks, when it started raining. All of our luggage was in the back of the pickup truck, along with some bags of rice we were bringing to people, and it was starting to get wet.

So we stopped by a house along the way in a remote location, with chickens and a pig in the front yard. We asked the woman who lived there if they had a piece we could use to cover the luggage and rice. She took us around back to the outhouse, where four sheets of green plastic tarp formed the walls around the toilet. It was the only plastic she had, and she said, “If you need it you can take it.” 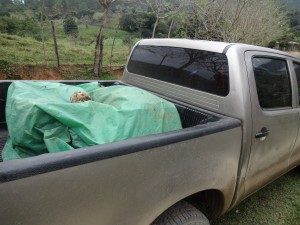 The men I was with took down ¼ of privacy of their toilet, and the woman’s 6-year-old son said, “That’s dirty, you won’t want to carry that. I’ll carry it for you.”  Humberto asked what he could pay her for it, and she replied, “Oh, no. It’s old. I was thinking of getting another one sometime anyway.”

The spirit of giving and helping was stunning, especially from someone who had so little herself. I thought of Matthew 5:40-42: And if anyone wants to sue you and take your shirt, hand over your coat as well. If anyone forces you to go one mile, go with them two miles. Give to the one who asks you, and do not turn away from the one who wants to borrow from you.

She gave me a better understanding of generosity: if you have a little more than the guy who has nothing, you can meet that need. What would the world be like if everyone acted like she did?