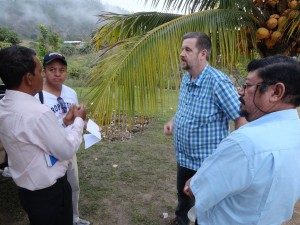 On my recent trip to Honduras, I had the privilege of traveling alongside Mark Fields, of Vineyard Missions. While there, he said something that struck me: “Gifts and calling trump personality and preference.”

Mark is more of an introvert by nature. He would rather be at home reading and studying. And yet God has called him and gifted him in such a way that he does a lot of traveling. At the time of this writing, Vineyard Missions is working in 65 countries.

When God calls us, it may not seem like a logical choice. Moses actually argued with God about his calling, coming up with several reasons why he was not a good candidate for what God was asking him to do.

Likewise, I once spent 10-15 minutes telling God why I wasn’t equipped to do what he was calling me to do. Some of my reasons included my personality and my preferences. After I finished my long speech, I sensed God saying, “Yup. You’re absolutely right.” “Well then why me?” Then I felt God laughing and saying, “I just want to show people I can do it through someone like you.”