The hands of a church planter 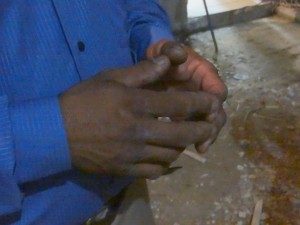 I recently returned from what is fast becoming my annual trip to Honduras. For anyone in the church planting field, Honduras is a fascinating study of rapid multiplication without much by way of resourcing.

One of the church planters I met on this trip is Gerardo, pictured here with his wife. He has started 6 churches in 11 years, and—like virtually all church planters in Honduras—also has a day-job. Gerardo works as a mechanic. He owns his own auto shop, which is attached to his home. Mechanics in Honduras are basically on-call, like doctors. So he doesn’t have garage hours and works a flexible schedule. Sometimes he needs to travel to where the car has broken down. Gerardo’s wife is at home taking care of their children, who range in age from 4 to 19, so she can receive visitors whenever people come in with their cars. 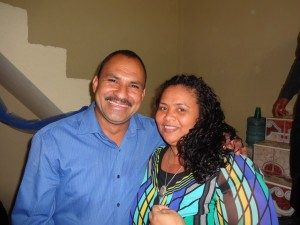 It’s a very fluid lifestyle, being an on-call car doctor. Gerardo considers his ministry to be his primary calling, and fixing cars is what he does to support his family. Sometimes he has to go out and fix cars at night, and other times he cannot because he has a prior ministry commitment.

What I really liked about Gerardo are his hands. When we had lunch together, his hands were dirty from working on cars. That night at church, he was wearing nicer clothes, but his hands were still dirty even though he had washed them. They are the permanently dirty hands of an auto mechanic.

This is the way of the vast majority of church planters in Honduras, where over 235 churches have been planted and are led by bi-vocational people. In Gerardo and his wife, I clearly saw the joy of serving the Lord and seeing fruitfulness emerge. His sacrifice didn’t even feel like a sacrifice to him, such was his genuine joy.