When will you get it right?

When you put so much work into something that has the potential for great good, it’s a bit of a gut punch when it falls flat. But you pick yourself and try again… and again. When will you get it right? 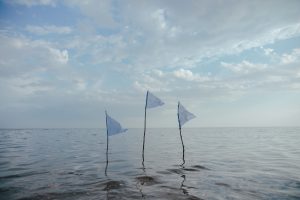 When developing something new, you never get it right the first time. You need to try it out, evaluate the experience to see what changes you might need to make, then run it again… and most likely run it a third time before you get it where you want it.

On your first go round—let’s say you’re leading an orientation for people new to the church—you may have an idea of what you want the class to look like, but you’ve never actually taught it before. Certain unexpected issues are bound to arise. After the first class, you may feel you got it to the 70% level: mostly good, but a few obvious corrections need to be made.

Maybe you offered the class at a time when most people couldn’t make it or you tried to cram in too much information. Rookie mistakes. So you do the orientation again with those corrections made. This time you feel like you’ve gotten it to the 85% level. It’s generally right, but you still need to evaluate and assess. As you consider how it went, you feel like maybe you did too much talking and there wasn’t enough interaction. Or maybe the next step you wanted people to take after the class wasn’t clear enough. So you make those changes and run it again. Now it’s where you want it.

Early on in my church, I launched an orientation like this. We called it a membership class and it was designed to be a way to get people on the same page and moving forward together. It was a really good class—in my opinion—but we observed that people were often taking about 18 to 24 months of hanging around the church before they took the membership class. We asked around and discovered that because of the name “membership class,” people had to basically pre-decide that they wanted to become members before they took that class. By that time, they hardly needed the class. They had already figured out our vision, values, etc. just by hanging around for a long time.

So we tried another cut. This time we called it the pastor’s class. That helped a lot with assimilation. We changed some things to make it more focused on getting people plugged in. Then one time I met a new family after the service. They were super excited about the church, just bubbling over with enthusiasm. I asked, “Have you taken our pastor’s class yet?” The man was surprised by the question. “Why should I do that? I don’t want to become a pastor.”

So we restructured—and renamed—the class again. This time we carefully called it by a name that reflected who it was designed for: the newcomers class. We thought through more carefully what newcomers want and need. They want to meet the pastor, meet other new people, get connected, hear about the direction of the church, grow spiritually, and get educated about how they can become a part of the community. To that end, we put a greater emphasis not only on getting people plugged in and connected, but we did some significant teaching on spiritual gifts and made a direct connection to joining small groups after the 8-week newcomer’s class finished.

The whole process took quite a bit of time, but it was the third cut that got it right. After that, we had 90% of people who finished the newcomer’s class get into a small group and we had 90% begin using their gifts in a ministry of some kind. Good initiatives—and good communication in this case—take at least three cuts to get right.

Change Management Resources- By demonstrating effective change agent skills, we will be able to lead ourselves, individuals and groups in implementing actions that enable vision to be transformed into reality. Assess your ability to lead through change with the Change Management Effectiveness Profile. But don’t stop there. Grow your skills using the Change Management Skills Builder. Coach others to develop their skills in this area with the Managing Change Coaching Guide and Storyboard.

<< Pursuing God’s Will Together No ministry is safe without THIS >>