What I’ve been tempted to say…. 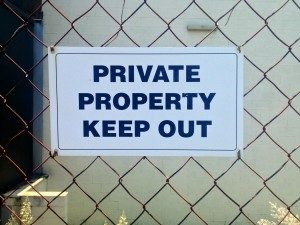 Every once in a while during consultations, I’ve been tempted to tell churches to put up a banner out front saying, “Go to hell. We don’t care.” (Full disclosure– I only actually said this once.)

What circumstances might lead me to want to say this? A church that has not experienced any conversions, has let no one into the Kingdom, doesn’t try to engage with the world around them, and exists primarily as a social club for connecting Christians to one another.

Sometimes churches like these cite James 1:27: “keep oneself from being polluted by the world.” Yet the Apostle Paul clarifies: “I wrote to you in my letter not to associate with sexually immoral people– not at all meaning the people of this world who are immoral, or the greedy and swindlers, or idolaters. In that case you would have to leave this world. But now I am writing to you that you must not associate with anyone who claims to be a brother or sister but is sexually immoral or greedy, an idolater or slanderer, a drunkard or swindler. Do not even eat with such people (I Corinthians 5:9-11).”

We are not to be disconnected from the world around us. That’s the world– and the people– God called us to reach. It makes me angry when churches become so insulated and uncaring that they focus all of their energy inward on themselves.

<< The power of green Reprogramming our self-talk >>