What happens when extension chains break? 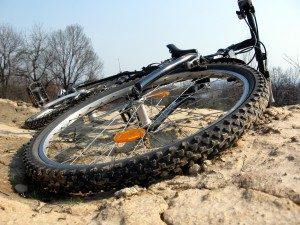 Yesterday I wrote about extension chains in Honduras. But what happens when they break or stop functioning?

One of the stops Humberto (church multiplication movement leader for the region) made while I was along for the ride was to address one of those cases. One of the extension chain teachers had died, leaving his brother to take his place. But the church leaders under his care had been complaining to Humberto that the brother was not visiting them or teaching them.

So Humberto made a stop at this particular place to have a talk with the brother. The brother recognized that he wasn’t doing the job, but he expressed a desire to do it. Humberto decided to give it a year to see if the brother could grow into this role. Humberto himself took over the role officially, then planned to work with this guy over the next year to support him, doing the work alongside him and training him to see if he could function the way he was supposed to be functioning.

Seeing this, I was reminded of the biblical passage about the fig tree:

Then he told this parable: “A man had a fig tree growing in his vineyard, and he went to look for fruit on it but did not find any. So he said to the man who took care of the vineyard, ‘For three years now I’ve been coming to look for fruit on this fig tree and haven’t found any. Cut it down! Why should it use up the soil?’ “‘Sir,’ the man replied, ‘leave it alone for one more year, and I’ll dig around it and fertilize it. If it bears fruit next year, fine! If not, then cut it down.’”  (Luke 13:6-9)

This situation was similar. If something isn’t working, you can give it a year of investment to see if it will work. If not, you can invest your energy elsewhere.

<< The missing link Faithful and persistent >>