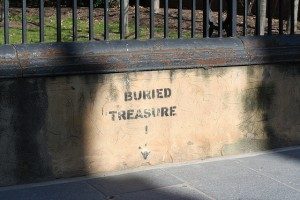 14 “For it is just like a man about to go on a journey, who called his own slaves and entrusted his possessions to them. 15 To one he gave five talents, to another, two, and to another, one, each according to his own ability; and he went on his journey. 16 Immediately the one who had received the five talents went and traded with them, and gained five more talents. 17 In the same manner the one who had received the two talents gained two more. 18 But he who received the one talent went away, and dug a hole in the ground and hid his master’s money. —  Matthew 25:14-18, NASB

We are to steward what God has given us, using it for maximum results for his Kingdom– and we will one day be called to give an account. How’s it going for you? Are you ready to stand before God and say, “I did the maximum I could with what you gave me”?

Are you really getting the most return on the investment God has given to you? Or do you have some unearthing of talents to do?

Coaching is a powerful way to help maximize what God has entrusted to you. Sometimes we allow other things in life to distract us from the really critical things that move us forward. If you want to one day stand before God and hear him say, “Well done, good and faithful servant,” I’m here to help. I can work with you to maximize what God has given you, whether you’re a one-talent person or a ten-talent person.

Find out more about coaching with me here. Or just email me at bob@loganleadership.com.