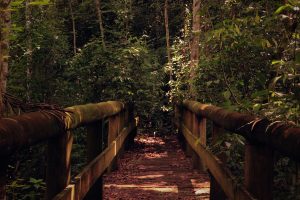 When I first became a believer, I used to wonder if God might call me to give up everything and go to India or somewhere. Then I wondered what my response would be if he did call me to do that. Would I obey? Would I give up everything and go to serve him on the foreign mission field? The question was a lordship issue for me early on in my walk of faith. It essentially boiled down to this: Am I willing to do whatever God may call me to do?

That’s a very important question to think through at the beginning of the life of faith. Yet it never really leave us. As this topic is geared toward those who are already living lives that are Christ-centered, you probably said yes to God a long time ago. But what about now? Even now, we need to go back and rethink: What might God be asking us to do now? It is likely not leaving for the jungle (although with God, you never really know!), but he may very well be calling you to do something new– to make some new contribution to his Kingdom.

Bobby Clinton, leadership guru, talks about the pinnacle of leadership being the point from which you can make what he calls “the ultimate contribution.” Often that involves risk. You are likely already in a position of power or influence or respect… yet you need to start over and do something new. There’s a great deal of risk in doing that. What if you’re not good at it? What if you make a mistake? People are used to seeing you in the light of respected leadership. Here, in the context of doing something new, you risk looking like a fool.