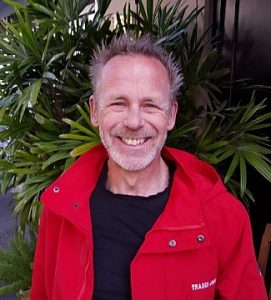 Many of you have heard of Dieter Zander. He was pastored New Song Church, one of the churches planted out of the one I had started. A dynamic speaker, musician and worship leader, Dieter suffered a stroke in 2008:

I slept right through the moment that changed my life. In the small hours of the morning on February 4, 2008, I suffered a massive stroke in the left hemisphere of my brain. When I woke from my coma in the hospital six days later, my right hand was crippled and I could barely speak.

Bereft of words, I searched for a way to communicate, to get outside of my own damaged skin. As I began the long journey toward recovery, a friend gave me a camera.

I had never taken more than a few casual snapshots before the stroke, but now I poured my thoughts, my feelings and fears, memories and hopes, through the viewfinder.

Photography became not only my voice, but my way to worship God. With camera in hand, I began to find grace, hope and beauty everywhere I looked.

In addition to his photography work, Dieter has now created a moving photobook documenting his story. He never fully recovered and, unable to speak clearly or play music, had everything he knew stripped away. First working as a crossing guard, then at Trader Joe’s, he’s been rebuilding his life to align with his limitations.

“Stroke of Grace” describes the new and deeper ways he’s connecting with God. Although his body and powers of speech were damaged, his spirit was not. And the spirit is where God connects with us. When I asked him a few years back, “What are you learning, Dieter?” he responded, “Grace. It’s all grace. Everything is grace.”

You can see the contents of this photo book on a youtube video. And then I’d encourage you to go to Esty to buy it… and after you read it, give it to a friend. It’s a truly inspiring story.