Story of an incarnational missionary 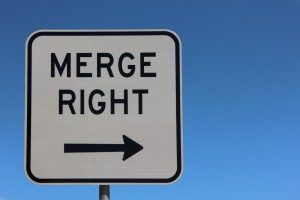 While working full-time, Tony Bleything gathered a strong core of 70 people. He proved himself a capable missionary, gatherer and leader.

At the point when he hit 70 people, he realized he could no longer function effectively in a bivocational capacity, but the church was not yet self-supporting either. There’s a time when you have to go for it, and for Tony, this was that time. With enough cash in reserve to live for a while, he took the leap, left his job, and committed the next 60 days to raising support.

Tony had decided the best way to move forward was to raise mission support short-term as a way to bridge the church into becoming self-supporting. Having missions support would free up his time and energy as an apostolic leader so he could get the church positioned to reproduce, including raising up more planters.

The type of investment Tony was asking for was a short-term one– two years of giving and then donors are finished– but it increases the capacity for ongoing mission. The short-term giving commitment included clear goals and rationales, so potential donors could see how their investment would be leveraged for much longer than the two years they’d be giving.

Tony provides a great example of someone who proved himself as a leader while working bivocationally, then raised support for a couple of years, and then transitioned to becoming self-supporting in ministry. Sometimes incarnational missionaries need put together a patchwork of financial plans as they– and their ministries– grow.

If you’d like to find out more about Tony’s ministry and how you can help support him, you can email him or view his website.