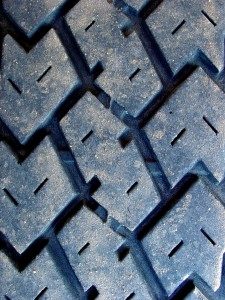 We need to start thinking about funding missional activity in new ways. I’ve already talked about how bivocational missions activity is going to be come more and more the future of the church, in part because the way we’ve traditionally funded church plants is becoming increasingly costly. It’s become harder and harder to create self-supporting church plants.

I read this blog entry recently– it’s from a while back but makes some excellent points– and in general I agree that we should fund incarnational missionaries rather than church plants. Yet I don’t think we need to take an either/or approach. What about a hybrid?

Rather than funding people to live incarnationally (which, after all, is something all of us as followers of Jesus are called to do), why not fund proven practitioners? I don’t mean proven in the sense of people who have already started churches or finished seminary. I mean people who have proven they can gather a core of people and have begun walking alongside them in a journey of discipleship. I mean people who have already begun to show fruit before being funded. This approach would allow us to be more focused and strategic in who we invest in.

One of the challenges the blog entry referenced above mentioned is how few organizations are willing to fund people as incarnational missionaries. I think in part the issue is that organizations don’t want to fund unproven people. It’s that “What am I paying you for?” question– it seems to the people who are investing their money that there should be results of some kind.

What about funding people as incarnational missionaries who have already proven that they can gather a core of people and have begun discipling them? If you know of an organization that will fund or partially fund this kind of missional activity, post about them here. Sometimes incarnational missionaries need put together a patchwork financial package: raising some support, working bivocationally, getting some support from an organization.

Tomorrow on my blog, I’ll tell a story of an incarnational missionary who provides an example of this paradigm.

<< Why people give Story of an incarnational missionary >>