How to do a staff review that helps people grow 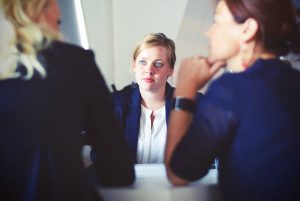 When I was a senior pastor, I used to do formal annual reviews with each member of my staff. I began by giving them an evaluation form that they were to fill out before our meeting. It covered these categories:

I was intentional about not listing their areas of responsibility on the form for them. They just saw seven blanks and were to fill in what they saw as their responsibilities. I wanted them to articulate what they were doing and how effective they felt they were in each of those areas.

Sometimes I would find out they were doing some things I wasn’t aware they were doing—and really good things. In other cases, I found out things they were doing that didn’t really need to be done. These discoveries led to some helpful conversations about what they were doing and why. When we had agreed on a list of responsibilities, we went through each one and talked about specific examples of what it currently looked like.

When we talked about their strengths, I was always sure to add two or three that they hadn’t identified.

Under personal job satisfaction, no matter what they wrote, I’d ask, “How could it be higher?” Often there were some simple solutions. Maybe someone needed to get information from me in a more timely matter so they could do their job more effectively. Maybe someone needed to start and end their day a bit earlier on Wednesdays to make it to their kid’s soccer game. Sometimes I would discover stress or conflict between them and another person, and I would help them walk through that.

The point of the overall effectiveness rating is to identify growth areas. How could they grow personally or in leadership to become more effective? Then we’d create a developmental plan based on that.

We’d both sign it at the end of the meeting, and that’s what I did for annual reviews.

<< Good intentions aren’t enough The danger of a split focus >>