The role of Barnabas in church planting 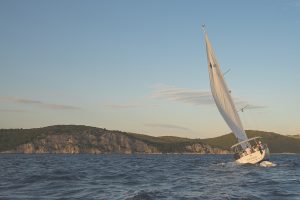 I think Barnabas is one of the most important people in the Bible, yet he gets almost no recognition. Barnabas probably wouldn’t even make most people’s biblical top ten list. But consider the significance of the role he played. Barnabas came alongside Paul, and got him embraced by the apostles. He took up the cause of John Mark when no one else would. If we take Paul and Mark out of the equation, how much of the New Testament wouldn’t even be written? How much of the near east wouldn’t have ever heard the gospel?

Barnabas had that rare and powerful quality of believing in people and seeing their potential even when others would not. He worked effectively in the ministry and together with the Apostle Paul, bringing encouragement and strength to those around him. He traveled with Paul, and brought John Mark along as an assistant. He preached the gospel, brought people to the Lord, and earned his reputation as “good man, full of the Holy Spirit and strong in faith” (Acts 11:24).

As Barnabas and Paul worked together over many years, they begin being referred to in scripture as “Paul and Barnabas,” rather than “Barnabas and Paul.”  When that shift happened, we see none of the ego wars we might expect. Barnabas was someone who, instead of taking center stage himself, empowered others. In fact, I suspect that Barnabas considered his ministry successful precisely because of this shift. He had successfully supported and empowered the Apostle Paul in what he was called to do.

What I’ve discovered over many years of serving as a Barnabas to empower church planters is they are often very clear about the “what.”  It may seem vague or feel too big or be fraught with obstacles, but most potential church planters have a good sense of what God “wants” them to do. Where planters do need help with is the “how.” How do they go about doing what God is calling them to do? That’s where a coach– a Barnabas– comes alongside to help.

Everyone needs a Barnabas in their life and ministry. For more information on how coaching can help you, go to Coaching

<< What about the other 167 hours? New Resource: Barnabas Coach Training >>