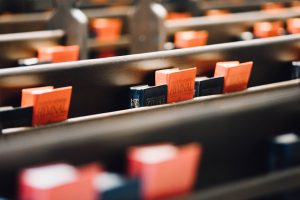 When I was a junior in college at UCLA studying chemistry, I had a spiritual awakening. I became involved in campus ministry, a youth choir, and other activities. Life was very full, and I enjoyed the vast majority of what I was doing.

Before sitting down to study one day, this thought came into my head (which I now recognize as God speaking to me): “Bob, why don’t you sit down and figure out where all your time is going?” I thought that was an interesting question. Besides, I didn’t want to study. So I calculated. My weeks were quite full with church, school, sports, relationships, etc.

Then the prompt came to make a list of what Jesus had commanded us to do in scripture. I did a side-by-side comparison between that list and how I was spending my time and the one command where I was doing nothing stood out to me:  making disciples. And that was a fairly significant command.

There were two complications. One, the choir had a major performance in four weeks and I had a part in it. Two, I was dating the choir director’s daughter at the time. I asked the Lord when I should make this change. In response, I began reading scriptures such as, “No one who puts a hand to the plow and looks back is fit for service in the Kingdom of God.” It felt like what Bobby Clinton would call an obedience check. So I made the decision not to delay.

First I told the girl I was dating, and then let her know that I’d talk with her father the director. No one understood my decision (including the senior pastor). Why can’t you just wait four weeks? The youth choir was the social circle of the church, and my not being a part of it would eventually lead to the dissolution of the relationship I had. That was the core thing we had in common. There was nothing disciple-making-related that was immediately in those time slots of choir rehearsals, so why did I have to leave during that particular time?

Three days later, an opportunity came through the youth pastor. The junior high youth group wanted to have a Bible study right before the evening service (during choir rehearsal). That was my answer for quitting choir. And that was the answer for who I needed to go and make disciples of. That decision launched me into middle school ministry (I still love middle schoolers) and into the general ministry direction my life has moved toward.

Always listen to an obedience check.