Confusion as a tool of control 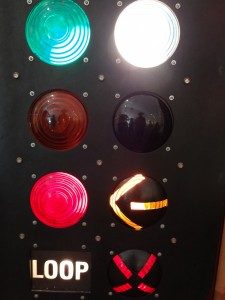 From time to time, I’ve worked with people who are confused about their role or their responsibilities– about what is expected of them. Sometimes I find I haven’t communicated clearly. I slow down, then they lock in and are with me. Other times, even after multiple, clear communications, they don’t seem to get it.  In those cases, it can be a matter of the person you’re working with trying to stay in control. A lack of understanding can be used as a means of avoidance. They are exercising control by confusion.

When the senior leader talks to them, the staff person says, “I don’t understand.” If they don’t understand, they are not responsible for moving forward. Instead they are able to continue reflecting and not have to act on whatever is being communicated. They may say, “I’m confused,” “What is it you really want me to do?” “I don’t get that.” Or they may constantly be asking for more details. At some point it may not be an issue of understanding, but a form of passive resistance. As long as someone keeps claiming to be confused, they don’t have to face whatever it is they don’t want to face. After all, how can you be held accountable for something you don’t understand?

The flipside of that situation is that senior leaders can engage in similar “control-by-confusion” behaviors. I’ve observed some leaders deliberately injecting confusion to create dependency on themselves so they are needed. A leader who won’t answer questions directly or who gives unclear answers throws confusion into system. It’s actually a way of exercising control. Because of the lack of clarity, people need to continue to look to that person to try to gauge if they’re going in the right direction. They become dependent and off-balance, continuing to need to come back to that leader to interpret reality for them. Continuing to confuse people can be a subtle but effective means of control.