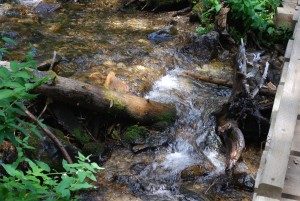 I had a great coaching conversation recently with a ministry leader in which we strategically organized his time and energy to get the specific results he was looking for.

Q: What do you want to see happen?

A: I want to start a movement– something that is relationally oriented and mission-driven… a network.

A: I am a mobilizer, catalyst, and resourcer. I need to help other people to do it.

Q: How do you organize your life to make that happen? How do you prioritize your time?

A: I need to concentrate on finding a core team of people that would be the early adopters who could then influence others.

The man I spoke with is an American missionary working in Japan, and he recognizes that the Japanese need to take over the ministry. Consequently, he needs to do almost all of his work through others, building relationships with key Japanese leaders. The goal is to start an organic social network with ever-enlarging spheres of people that he can pass on to others to help facilitate.

So how can he mobilize people? How can he function as a catalyst to help others connect without being an integral part of the ongoing product himself? Here are a few of his thoughts so far: introducing resources into the system to help people move forward, making things as easy as possible for others to run, helping others clarify their own motives and vision for going forward.

One result of this approach was starting a marriage class. The missionary found that they had many Japanese women coming to the church, but without their non-Christian husbands. The pastors were having a hard time connecting to to those husbands. Yet they discovered that if the church offered something that would help strengthen their marriages, the husbands became more open to Jesus. They were more likely to see the relevance of following Jesus.

If you’re interested in connecting with this missions effort, you can find out more about them here and support them here.