MyCoachLog as a record of growth 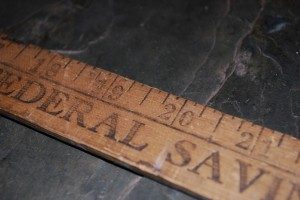 I was in Madison, Wisconsin recently doing a training event. While there, pastor Christina Roberts of Madison Vineyard Church told me about new use she found for MyCoachLog:

We have an apprenticeship program run out of our church. It’s a nine-month process designed for anyone who wants to grow spiritually or be used by God more fully in their areas of influence. As part of the apprenticeship, we integrate monthly coaching using MyCoachLog. We also have three retreats at a local monastery– at the end of each three-month segment of the apprenticeship.

At our final retreat, we asked each apprentice to print out nine months of notes from their coaching conversations, read through them, and reflect on it. One woman who is a post-doctoral engineering student realized that toward the beginning of her apprenticeship a lot of her answers to coaching questions were dark and jaded. The academic world can be challenging and she was feeling it. Yet toward the end of her nine months, she began to see a lot more hope in her answers and in her life in general. The reflection exercise helped her recognize how God had been working in her life over a longer period of time.

I thought I’d share this new use of MyCoachLog— some of you who are using it to coach others may want to conduct a similar reflection exercise.  Like a child who grows taller over a few months when you haven’t seen her– but looks exactly the same to her parents who see her every day– our own progress is sometimes invisible to us unless we step back a bit and look at it from a distance.