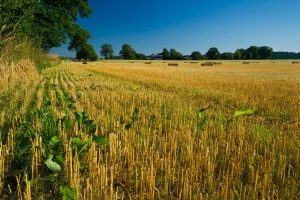 By guest blogger Ronnie Higuera, church planter and pastor. Ronnie is part of a network of leaders planting churches across small towns and rural areas.

In five years, we’ve seen six churches born out of Canyon View Vineyard Church in Grand Junction, Colorado. Although much of that church planting activity was accidental and/or experimental, it still resulted in healthy, new churches that benefit the Kingdom. Two attempts at creating multi-site campuses were later released to become independent churches. But the multi-site model, particularly my reading of The Multi-site Church Revolution, got me thinking: What if this approach was a way to reach the smaller outlying towns and rural communities surrounding Grand Junction?

The main campus of Canyon View Vineyard Church (often referred to internally as “the mothership”) reached a weekly attendance of between 5,000 and 6,000 people at its peak– quite good for a town of about 60,000 people. However, many of the attenders were commuting in from 30 miles away. With changes in the economy, our attendance began dropping, so we started asking around and learned that it had become too expensive for people to commute into town.

So I thought, “Let’s go back out into the smaller communities.” I left my role as worship pastor and went out to plant a site in Palisade, Colorado (population 2,600), which is 16 miles from the original church. We’ll be one year old this April. We show a video feed of the sermon from the main campus, but we’re not trying to duplicate all of their ministries. Instead, when the local Chamber of Commerce or the high school has events going on, we volunteer for those.

In my opinion, this may be the easiest way to start a new church– especially in a small town setting. Too many planters get stuck on an island. The mother church has a farewell party, writes a few checks, and says, “Good luck.” Using a multi-site approach to planting, I’ve been able to stay connected to a larger network which brings accountability and a huge safety net; one church, one board, one budget. I’m not an administrative guy– I want to pastor, network, and gather. I can identify children’s leaders, but not train them. We receive some wonderful support with administration, training, budgeting, curriculum, and many other areas. I can glean best practices from those with whom we partner and they help me brainstorm.

Tomorrow, we’ll have an entry from Ronnie Higuera about the new faith communities they’re starting in nearby apartment complexes.