Too many new Christians 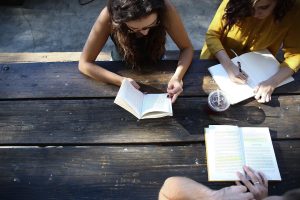 When I was first planting a church, we had an enviable problem: too many new Christians. We began seeing numerous people come to faith and were trying to keep up with discipling them and helping them grow. At the time I was using a simple follow-up tool—something with ten lessons that was designed to be walked through one-on-one with a new believer.

However, we had more new believers than mature disciples, so I was forced to do something uncomfortable: letting new believers disciples other new believers.  I found someone who was on lesson three, and asked him to disciple someone through lesson one. As long as people stayed a step or two ahead of whoever they were discipling, it worked.

The new believers leading others through the discipleship follow-up process needed to have two qualifications: they needed to know how to say, “I don’t know,” and they needed to be able to connect with me when they had questions. It was amazing how well people began to develop. This system helped everyone grow faster, plus it became the norm that if you led someone to Christ it was your job to follow up with them to help them grow.

You really can entrust people right away to help others grow. The approach has historical precedent. That was John Wesley’s problem: he had more people to follow up on than he could do with just himself or his leaders, so he set up a class structure as a reproducible way to disciple people.  We just need to trust that the Holy Spirit is at work in others, even very new believers.

Photo by Alexis Brown on Unsplash

<< Happy 500th Anniversary of the Reformation! Finding the Flow: small group resource is back! >>