Lenten Series Week 1- Who is Barnabas?

Welcome to a six-week series on Barnabas, one of my favorite people in the Bible. During this Lenten season, we can engage together in this devotional series that includes scriptural insights, food for thought, and points of action. 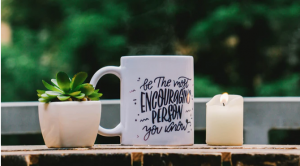 Often overlooked but deeply impactful, Barnabas is one of my favorite people in the Bible. Much of my ministry has been modeled after Barnabas. In fact, when I was pastoring a house church there was a member who called me “Barney.” I knew she wasn’t referring to a large purple dinosaur and I was honored. I attribute my greatest successes to a practice of following the example of Barnabas as much as possible, especially in regard to his encouragement.

Barnabas may not have been an apostle but he was an all-in believer of Jesus. While there are only a handful of verses that refer to him, they illuminate a lot regarding both his character and his impact on the early church.

In Acts 4:36-37, the apostles found a man named Joseph so supportive that they nicknamed him Barnabas, which means “Son of Encouragement.” He believed so deeply in their ministry that he invested in them with his finances, his time, and his gifts. Barnabas became a trusted and essential friend to the apostles. So much so that when the incredible news of Paul’s conversion made its way to the apostles, it was Barnabas who was sent to vouch for the authenticity of the transformation (Acts 9:26-28).

So what was so special about Barnabas?

There was no flash to him—no evidence that he was a charismatic leader. Instead, the accounts suggest that he was a man of conviction who walked humbly, wisely, and steadfastly alongside others. He encouraged them as they followed Jesus.

It may seem simple, but encouragement can have a huge impact for the Kingdom. Click To Tweet

It may seem simple, but those actions made a huge impact for the Kingdom. Barnabas embodied the kind of encouragement we are exhorted to in Hebrews 10:24-25:

“Let us think of ways to motivate one another to acts of love and good works. And let us not neglect our meeting together, as some people do, but encourage one another, especially now that the day of his return is drawing near” (NLT).

Encouragement is powerful—much more so that we often believe. Are you such an encourager that people would want to change your name?

Life Transformation Group- Looking for a Barnabas in your life and to be a Barnabas to others? A Life Transformation Group (LTG) is a great way to start. LTG’s are simple, reproducible groups of 2 to 4 people focused on scripture reading, prayer, and accountability questions. The groups are leaderless and non-facilitated. This FREE download will provide you with everything you need to know to start an LTG.

Becoming Barnabas-  How can you serve as a Barnabas – a son or daughter of encouragement? How can you disciple, develop, and support those around you? How can that relational investment lead to a powerful impact on the church and on the surrounding community? This book focuses on practical “how” questions like these. If you want to see Barnabas’s activated in your community, Becoming Barnabas is the place to start. Available in paperback and Kindle and in English and Spanish.

Photo by John-Mark Smith on Unsplash