The keys to growth

Note: this entry is part of a week-long series with Dave White from the Philippines. 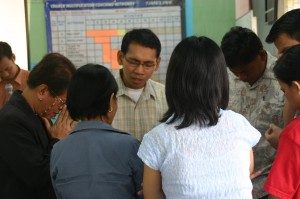 Yesterday we talked about the growth and multiplication Dave White has been seeing in the church in the Philippines. I asked him what he saw as the keys to some of that growth, and here’s what he told me:

How could you implement these five keys to growth in your context?

<< A journey to fruitfulness The power of reproducible tools >>