The importance of planning as a process 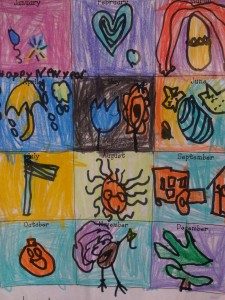 So often in planning, people try to focus on the plan itself– the end result. What’s actually much more important is the engagement of people in the discernment process, seeking God, and walking together through the discovery of what God wants them to do. Below are the main steps of the “planning process”– the process that results in an effective plan.

Involve the people who need to be involved. First, start with the identification of the key people to be involved. That includes the official ministry leaders but also the unofficial opinion leaders– those in the church that others listen to. The basic principal is that people are committed to what they help develop. Involving people in the process helps to gain their ownership. It also taps into their gifts, creativity, and perspective. As they interact with others, sometimes people’s perspectives are broadened. Other times their perspectives will be more entrenched, but all the more reason to involve them. If they weren’t included, they’ll certainly be against whatever is being planned.

Then listen a lot. You’ll want to mobilize a core leadership team or task force to orchestrate the feedback and listening process. Often people make the mistake of trying to assign that job to the elders or other official board. But the existing boards, where so many other things are happening in the life of the church, will often not have the necessary time to orchestrate the process. Other demands will vie for their attention. So you need a specific task force or other group to be responsible for orchestrating the process. They will need to own and shepherd the process, getting input and compiling feedback.

Draft a plan that reflects what you have heard. This draft should not be set in stone. Pass it around to all stakeholders and ask for their input.

Do another round of feedback to make sure you have ownership.  Incorporate people’s feedback into a second draft. A participatory collaborative process takes longer, but you get a better plan that is embraced by more people. Only after involving the right people, engaging in a discerning and listening process, then writing and reviewing a draft of the plan will you be able to come up with an effective course of action.

Then listen. What are you hearing from the parents? From the teachers? What are you hearing from God? What are you trying to achieve through these changes? Maybe you are hearing that you want to develop more compassion in the children. What are some ways you might be able to do that? Ask for input. Have some focus groups and listen to ideas. Research some nonprofit organizations in your area. Take a vision trip to find out what others in the community are doing. How might you be a part of what God is already doing?

After listening, the task force can draft a plan. Possibly they decide to partner with a community organization that allows children to participate as volunteers. After all, why reinvent the wheel? You can send out volunteers without creating any extra overhead. Write out what that might look like and process it with key stakeholders: “Here’s what we are sensing from God. What’s missing?” Listen carefully to what they say, make changes, and revise the plan. When you finalize the plan, you’ll likely have broad agreement and support behind it.