Faithful and focused – what’s your grade? 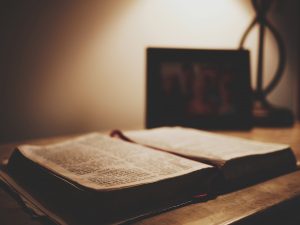 Just before my junior year of college as a chemistry major, I had a real spiritual awakening. As I began to get much more involved in ministry, I discovered that I had to do a resorting of my priorities that resulted in making a shift in my thinking. Instead of focusing on what grade I was going to get, I began praying and asking God, “How much time do I need to spend studying for each of my subjects?”

Based on that time of prayerful discernment, I set a new schedule according to what I was sensing from the Lord. During the time set aside for studying, I gave my best as far as being faithful and focused. And when the time ended, I quit– whether I was finished or not.

I was studying fewer hours overall because I was becoming more involved in ministry, but what I discovered was that my grades went up by half a letter grade… because my aim was being faithful and focused instead of on the grade itself.

There’s a lot to be said for that approach in life– because there’s always more you can do. The issue is to discern what God is up to and what he is setting before you. If you can focus on what God wants you to do, you are being faithful and focused. Then whatever “grade” you get is what you get and you can hold your head high because you did what God wanted you to do.

I carried over my new approach to studying to my time in seminary. Sometimes I’d be given an assignment on Friday afternoon, but I was in ministry all weekend. Then I’d have to take a test on Monday and I wasn’t as prepared. But my goal was to stay faithful and focused to what God was calling me to do.