When we were in the beta testing phase of our discipleship assessment instrument, Tad Blackburn, pastor with The Vineyard Church, decided to try out the assessment in a retreat setting. He shares here from his experience: 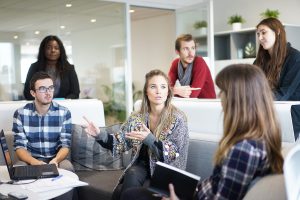 When we started with the discipleship assessment, it was still the paper version not online. Scoring and correlating all the data took a lot of time and we had to spend most of the morning on it. Now with the online version, I’m sure it’s much more efficient as the results can be tabulated electronically.

During the afternoon we were able to get down to spending time with each other to process the results of the assessments and give each other feedback. After breaking up into groups, we spent half an hour of focused time on each person, confirming strengths, sharing what we saw in them, and providing encouragement.

We then moved into a time of prayer and ministry, which is very much a part of our genetic code as a church. Again, we spent focused time on each person– praying for them, listening for what God is doing in their life, and discerning what he is saying. That time was truly beneficial, and we found that each of us left feeling affirmed and encouraged.

Often people took away specific insights and direction as well. One man sensed God telling him to begin serving at a crisis pregnancy center. In the eight months now since that retreat, he has counseled several dozen women. Another man was convicted in the area of generous living. He has a highly placed position within his company, and has increased his giving significantly to live more in line with his beliefs.

Out of that retreat, we’ve had several accountability groups formed, with many of them focused on people coming from the recovery community or dealing with issues of sexuality in their lives.

One of the best things about the way we structured the retreat was that our time was truly focused on individuals and what God is doing in them rather than us trying to force our agenda on people. When we asked, “What is the Holy Spirit saying to you?” many of the people responded, “I know this isn’t how God wants me to be living.” We didn’t need to preach, teach or drive the conversation. We could rely on the Holy Spirit speaking to people; we don’t need to try to play that role ourselves. We have faith that he is at work and people can hear and respond.

A free guide for how to organize a one-day discipleship retreat is available here.

Learn about the Disciple Assessment at http://discipleassessment.com.

<< Happy Thanksgiving! The follow through is what makes the difference >>