Colin Noyes on the Holy Spirit

This blog entry is the last in a four-part series based on an interview with Colin Noyes, author of As You Go: Make Disciples. Colin is one of the sharpest international leaders I know. His insights into the field of discipleship are well-researched and honest, and he does a great job of challenging us to see it through fresh eyes. Today, we discuss the role of the Holy Spirit in disciplemaking. 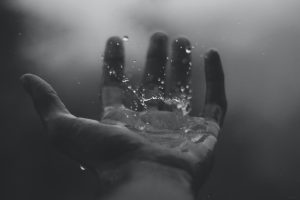 What do you believe about the role of the Holy Spirit in disciplemaking?

Colin: I believe the Holy Spirit is real, and that he speaks to those who personally know Jesus Christ as well as those who seek after Jesus. He speaks to our hearts and leads us when we listen. But listening to the Holy Spirit requires practice and patience. He can’t be rushed. He knows everyone’s story from beginning to end and will move when the time is right. As a discipler, I might not connect well with everyone. I may or may not understand what’s going on in their lives. I can’t decide what God is doing in a person’s life, and what the person is doing, and how long it’s going to take. I can only listen to the Spirit and the person as they are opening up to God. And often that starts with something unusual that is going on in them.

I can’t decide what God is doing in a person’s life... I can only listen to the Spirit and the person as they are opening up to God. - Colin Noyes Click To Tweet

Colin: Bill owned a small earthmoving company and was employed to do some work at a local church. While he was working there, David, one of the people in the church began a conversation with him when he stopped for coffee breaks. David became aware that Bill was struggling in his business and began walking beside him. As they chatted, David encouraged Bill to talk with Jesus about his problems. Bill showed little interest in such a suggestion but was assured by David that Jesus cared whether Bill believed it or not.

One afternoon, Bill was out on his bulldozer, working on another job. As he worked, he was worrying about the large number of unpaid bills that were accruing and causing real problems for his business cash flow. It was a period of economic downturn in his region. Feeling angry and frustrated, he remembered David’s advice and began tentatively to talk to the Jesus that he didn’t believe in. As he vented his anger and frustration in the direction of the sky, unwanted tears began to flow as the pent up emotion began to find release. While he was venting, heavy rain was falling and his equipment became bogged in the mud.

He became angrier still, screaming at the sky, but this time he clearly heard a voice in the cabin saying, “Do you believe anger is going to solve your problems?” He then began to pour it all out, every detail of his financial situation and those who seemed to be ripping him off so “the voice” would understand his situation. When he finished ranting and was quiet for a moment, the voice (Jesus) responded, “I want you to forgive the debt of all those who owe you money.” Bill, still struggling with doubt, sat for some time with the tears still flowing before he said, “I’m willing to do that.” As these words spilled out, Bill was overcome by the most powerful peace he had ever experienced.

A few days later, he was able to share with David what had happened. Dave could immediately see the change in his demeanor so he asked Bill what he was going to do now. He shared that he’d already made contact with all his debtors and had canceled their invoices and had never felt so at peace in his whole life.

From here, with David’s walking beside him, he continued to grow in his relationship with Jesus, ready to obey whatever Jesus wanted him to do. And, within three months, his business was back on top, more than returning the amount he had forgiven.

Bill is now an amazing disciple of Jesus. He disciples people. He’s got a heart to serve. And he doesn’t make any significant decisions before talking it over with God.

Matthew 28:18-20 says that, as you are going and making disciples, you are “teaching them to obey” and Bill learned that lesson early and it has continued with him on his discipleship journey.

As You Go, Makes Disciples- The aim of this book is to broaden your definition of discipleship by looking at it through a different set of lenses.  Eminently practical, As You Go, Make Disciples gives you the tools you need to move forward. Available on Kindle and as a direct download from the author.

Making Disciples in a Postmodern Era– Christianity in the 21st century is facing a major change that may be as dramatic as the Protestant Reformation. ‘The message remains the same but the method of expressing the message is constantly changing.’ This book will help readers understand that what we view as ‘givens’ are not necessarily so, and help you practice the vibrant disciplemaking of historic Christianity in today’s world.