This post is part of a series on the 9 competencies of an effective coach, taken originally from Developing Coaching Excellence. To see all entries in this series posted so far, you can search “coach competency” on the main page of my blog. 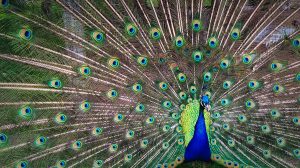 Concluding means bringing closure to the coaching relationship or recontracting for another round. As the last of the relational competencies, concluding flows directly out of establishing and supporting. In fact, a close link exists between establishing and concluding: those coaches who don’t establish well most often don’t conclude well either. The correlation between the two skills is found in the coaching agreement. If coaches don’t define clearly where the coaching relationship is going at the outset, they lack the tools to close well later. Solid establishing anticipates how and when the relationship is going to be concluded so both the coach and the person being coached have some idea of what the final steps will be.

To conclude well, the single most important thing for coaches to remember is to make a point of it. This may sound simple, but intentionality in bringing closure makes a big difference. Excellent coaches anticipate closure and make it significant for the person they’re coaching. Time is set aside for celebrating what’s been accomplished and for looking back to reflect on what God has done. When only three or four appointments are still on the calendar, coaches can begin taking steps leading up to that last appointment.

Using an online support system like mycoachlog.com allows coaches to display all of their future appointments so they can see at a glance how many sessions are left. For example, I label a session: “Coaching session #8 of 12.” When moving toward closure, some helpful steps coaches can take include asking for an evaluation based on the things the leader has been trying to accomplish, talking about how you’re going to wind down the relationship, discussing potential new projects, and laying out the next steps for where to go from here.

Excellent coaches find concrete ways to be intentional about celebrating. Sometimes that might mean going out to lunch or coffee. Other times it might mean giving someone a card or a special object with a symbolic meaning— something that would be meaningful for the leader to receive at the end of a coaching relationship. One man had been working on writing projects and his coach gave him a pen set with an inscription that referenced some of the major themes they’d been discussing.

Concluding well closes the relational circle that begins with establishing and continues with supporting. When concluding is handled well, people don’t feel like they’ve been left in limbo and they don’t feel like they’ve been dropped personally as soon as the task has been accomplished. Concluding isn’t just about bringing closure— it’s also about the possibility of renewing the coaching relationship, either now or at a later date.

How can you go about strengthening the coaching competency of concluding in your life?