In the California gold rush, who made the money? 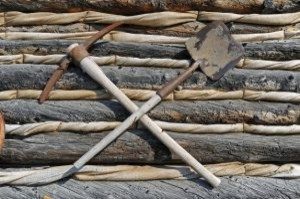 People wanting to get rich quick run a bigger risk of failure. Conversely, those who come alongside to meet the core needs are more successful in the long run.

So it is in ministry. Rather than falling into the trap of trying to create big worship services as quickly as possible, discover the core needs of the people you’re working with and serve those needs. Discern what’s already going on spiritually among people– they’re already moving in a direction– and move alongside them. Rather than do the big expensive thing that involves big risk, try doing the consistent thing that lays a foundation for coming to faith. That’s the base to start working from. Don’t fall into the trap of trying to make it big too quickly.

<< It takes a village APA analysis >>