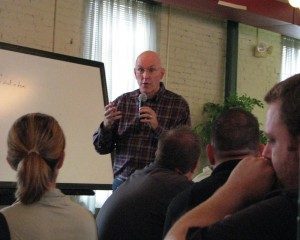 The APA Analysis constitutes yet another strategy I learned from my mentor Carl George. When doing consulting work or working with a ministry, I’ve found this tool extremely helpful. The idea is to help a group think through what they want to achieve, preserve, and avoid. Start in one of those three areas and help them unpack their thinking. Have them keep going until they run out of ideas, then move on to the next category.

Achieve, preserve, and avoid can be done in any order. I’ve found that with visionary groups it helps to start with looking at what they want to achieve. With more conservative groups, I usually start by helping them unpack what they want to preserve. More fearful groups may feel most comfortable starting by identifying what they want to avoid.

After all three columns are fully filled out, begin looking for common threads. Those running themes will bring you insights. For example, one group I worked with had 17 core values. I told them that was too many– they needed to boil it down. They pushed back, insisting that all of the values were essential. To see which values were truly most important to them, I did an extensive APA with them. Then we looked across the columns to find ideas that were connected. We looked for the running themes. On our APA chart we circled common words, drawing lines between columns, and five core values emerged that were the most central for that group. Simple and powerful!

<< In the California gold rush, who made the money? Schedule by the week or by the year? >>